True, 2016 may still have few races left in it yet, including the upcoming Tour of Bright. But we’re excited to say the 2017 season is already shaping as the biggest and best in the five-year history of AMR Renault Racing with several important pieces now firmly in place.

Luigi and the team at AMR Renault have been long-term supporters and we’re thrilled to have them back in 2017, ensuring we’ll continue to have the best team cars in the NRS convoy for a third successive season.

Australia’s #1 online cycling retailer, Pushys, are pumped to be returning for a second season and will once again play a significant role in backing the team with bikes, gear and service support during 2017.

Our affiliate CA club since day one, Lidcombe-Auburn Cycling Club, are back and together we’re looking to create even stronger links in 2017 and beyond, both with the LACC juniors (who are flying right now, just quietly!) and the wider Club member base.

“Since the team began back in 2012 we’ve never been in such an advanced position at this stage of the off-season.” Team Director Russell Menzies.

“It’s a testament to the riders and what they’ve been able to achieve, but also to the commitment and passion of our sponsors. They’re just as excited about the path we’re on right now as we are ourselves. Just as it is with cycling teams at every level of the sport globally, their support is just so important. They make it all possible each season, and we’re hugely grateful for everything they do. We can’t wait to repay their faith in 2017.”

While the details are still being finalised, the bulk of the Team’s other 2016 sponsors also look set to return, which is clearly more great news. Watch this space…and watch this team! 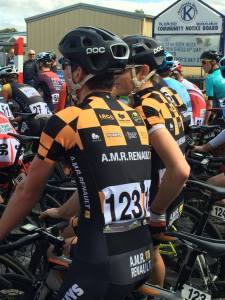